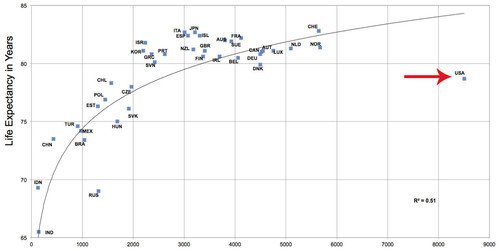 Hello, did you know the American health-care system is terrible? It is. Don’t let John Boehner tell you otherwise.

Everything summed up in one simple statement:

"Why is our system so terrible? Largely because it is built for profit. Unlike many other countries, the government has no role in either providing care or setting prices, and so prices skyrocket. "

One thought on “The U.S. Health Care System Is Terrible, In 1 Enraging Chart”