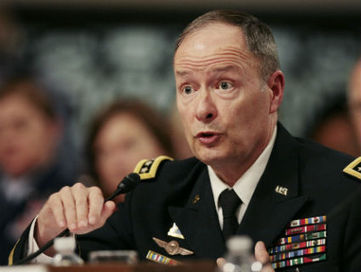 Sen. Bernie Sanders (I-Vt.) asked the NSA if it tracked lawmakers’ phone and email traffic. NSA’s response: We’ll get back to you.

Things tend to change when the rich and powerful don’t like something. I’m not at all surprised that a true representative of us citizens, Bernie Sanders, is the guy asking the tough questions.

One thought on “A senator asked the NSA if it spied on members of Congress. The agency’s response is, well, unsettling…”