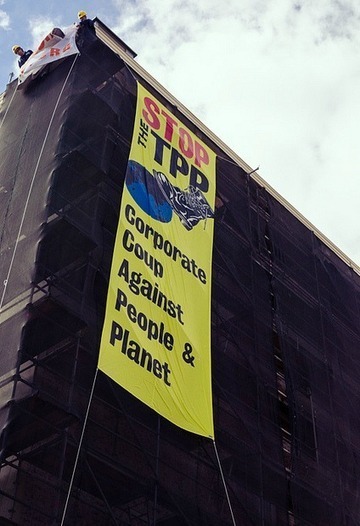 It would seem to me that if there’s one thing everyone could agree on as being a concern when it comes to the TPP (and the TTIP), it would be this:

“For nearly four years, the U.S. Trade Representative and TPP negotiators have purposely restricted participation and information, keeping members of Congress and citizen groups, unions, environmental and consumer organizations in the dark," said Communications Workers of America President Larry Cohen. "There has been no opportunity for public interest groups to meaningfully participate in the negotiations, and under fast track authority, there will be no opportunity for our elected representatives to amend the deal and make it better for Americans."