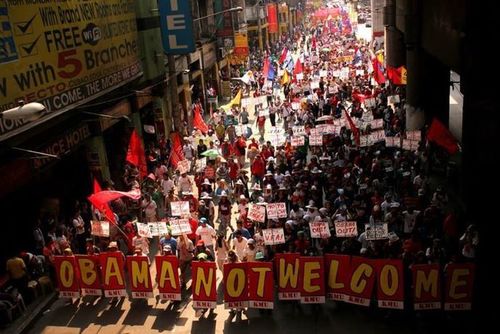 Protests followed Obama from Malaysia to Manila this week, while more than 3 million across the U.S. spoke out against the TPP. Help spread the word today!

*UPDATE: Together we grabbed the attention of decision-makers by projecting a Stop The Secrecy petition number on key buildings in Washington D.C. Now we need you to amplify our action by making it go viral online. Congress Member Ron Wyden, who leads U.S. trade legislation, has just joined with us to stand against TPP Secrecy!  We haven’t won yet so after you sign the petition please share the projection image below with everyone you know. (See https://stopthesecrecy.net/#3millionSpeakOut)