Whether shutting it down temporarily or shrinking the government permanently, the facts are that doing so tends to hurt the people in Republican states more than other states and to greater degrees than Republican voters seem to realize or are willing to admit.

On Friday, September 27th, The New York Times published Off the Charts: Big Government States. The charts don’t lie, and the opening statement sums it up:

It begs a couple of questions.

That’s the direct employment part. How about government spending?

Do our Republican family and friends not understand that the only true “trickle down economics” comes *FROM* government spending? Government agencies not only employ our fellow Americans, the government also spends money through private businesses. That spending creates private sector jobs and prosperity for themselves, their communities, their families, and their neighbors.

The state G.D.P. figures may well understate the importance of — and the decline in — government activity. That is because they are computed differently from the national G.D.P. number. The national number is based on spending, while the state numbers are based on profits and income of workers. As a result, if a government pays for the construction of something, whether a school or a fighter jet, that will show up as government activity in the national figure.

But for the state figures, it will show up as private-sector activity because the work was done by employees of construction or aerospace companies.

Doesn’t that mean the government is a legitimate job creator? After all, who else is going to place orders with private companies for fighter jets, roads, bridges, and schools, not to mention the $517billion spent on outsourcing?

All of this adds up to a mystery.

Why do some middle class Americans insist on voting against their own economic self-interests? It makes absolutely no sense. For that kind of voting to be even more common in states where the economy is even more dependent on government makes even less sense.

Let’s not shy away from this fact, either. It is only Republican legislators who want to shrink government to the point that they can drown it in the bath. Middle class Americans who vote for them are voting to commit economic suicide.

FDR had this to say in his famous “I welcome their hatred” speech in 1936. It’s just as true today as it was back then.

The very employers and politicians and publishers who talk most loudly of class antagonism and the destruction of the American system now undermine that system by this attempt to coerce the votes of the wage earners of this country. It is the 1936 version of the old threat to close down the factory or the office if a particular candidate does not win. It is an old strategy of tyrants to delude their victims into fighting their battles for them. (http://docs.fdrlibrary.marist.edu/od2ndst.html)

Let’s hope that our Republican friends, family members, neighbors, and strangers will come to their senses soon and stop allowing themselves to be deluded by the tyrants of their party.

House Republicans are in need of common sense.

"…the legislation they choose to pass is a statement of their own <House Repulican> values. It is simply designed to proclaim, “This is where we stand.” And for the vast majority of Americans, what they proudly proclaim is simply beyond the pale." – Katrina vanden Heuvel, Washington Post 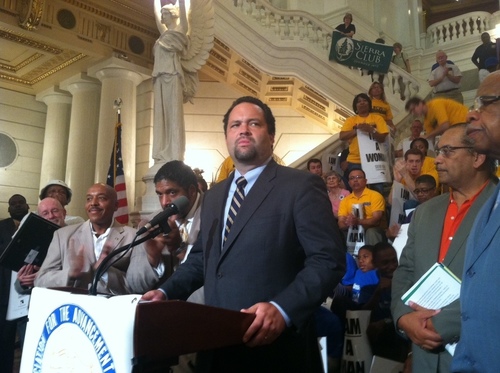 Groups opposed to the state’s voter ID law are gearing up for Monday’s trial of the law in Commonwealth Court. The full panoply of liberal political 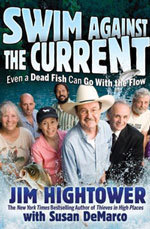 In 2007, a Texas school superintendent rejected any need for sex education classes. Noting that many students in his district live on farms, he said: “They get a pretty good sex education from their animals.”

Guess which state is Number 1 in teen pregnancies? Yes, Texas.

Not only did this guy abandon his responsibilities as governor, cheat on his wife, and use taxpayer money to fund his little love trips, now he wants people to pity him and think of him as a fabled leader of equally dubious morality who supposedly turned out to be a great leader if you happen to believe that particular fairy tale.

So, somebody needs to get Markey some serious counseling and mental health treatment fast. They need to get him out of government even faster. Next thing you know he’ll be walking the streets of Columbia in flowing robs and proclaiming himself to be the Second Coming.

I really feel bad for his wife and kids. How awful must it be to have a complete and total schmuck like this guy as your husband or father?!? He’s embarrassed himself, his family, the state of South Carolina and, with my own personal and heartfelt congratulations, the Republican party.

Like you Rs needed a member of the self-righteous, ultra-conservative, Christian neo-con element of your party to come out of nowhere and shoot another foot off.
– Having a born-again moron like W leading your party and believing that his god told him to invade Iraq wasn’t enough.
– Having Cheney come out of 8 years of hiding to try and protect his own ass and, by extension, admit that he violated the Constitution and everything this country stands for and is now trying to completely and totally alienate and remove any semblance of rational thinking in the party by siding with Limbaugh over Collin Powell wasn’t enough.
– Having the Laurel and Hardy team of Rush and Beck as your new public relations guys wasn’t enough.

Now you have your own reincarnation of King David governing a state which brought us such bastions of progressive thinking and inclusion as Strom Thurman (anyone know if they buried him in his Grand Dragon hood) and, until recently, was still flying that ultimate symbol of American racism, the Stars and Bars, over the very dome where Sanford stumbled all over himself trying to apologize for something that if done by a Democratic governor Limbaugh and Beck would have already whipped up enough outrage to motivate another shooting.

It’s bad enough that Sanford cheated on his wife, but what kind of insanity leads the governor of a state to think he can disappear for days and no one will notice or care?!?? And has he never heard of airport security cameras? He’s clearly not processing his thoughts and emotions on a rational level and needs serious help. The state legislature needs to remove him immediately. That would actually be the best thing, relatively speaking, that the Republican party could do for itself. At least it would show some amount of consistency between all the blow-hard self-righteousness and how the party actually behaves.

One last thing before anyone starts trotting out the tired, old Clinton and Kennedy stories – kudos again btw, Brucey, for at least updating to Edwards on Facebook!.